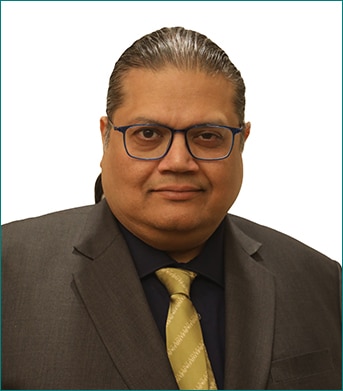 Dr. Pradeep Rao is the most reliable urologist in Mumbai, India who ensures the best treatment for all urological conditions. Brought up in Mumbai, he graduated from Grant Medical College, followed by his General Surgery training from Lokamanya Tilak Municipal General Hospital, Mumbai in 1994, and became a Fellow of the Royal College of Surgeons of Edinburgh in 1995. Besides various awards and recognition to his name, he is the Head of the Department of Urology at Global Hospitals in Mumbai and is also associated with Sir HN Reliance Foundation Hospital, Mumbai, Jupiter Hospital Thane, and SRV Mamatha hospital in Dombivli. His decisions in donor surgeries are based on the fact that – “Donors are not patients. Their safety and recovery is the priority in any transplant surgery.”
Alongside over 20 publications in peer reviewed journals, Dr. Rao has been a guest editor of the Indian Journal of Urology. He has also been on the editorial board of the Journal of Endourology, and has authored chapters in various books including the latest edition of Smith’s Textbook of Endourology.

Our team comprises experienced and reliable urologists based out of Mumbai,
who are committed to ensuring your safety and wellbeing.