Laparoscopy for all Urological Conditions

Laparoscopy for all Urological Conditions

Laparoscopy, also known as keyhole surgery, refers to a minimally invasive surgical procedure; which is performed using a laparoscope -a small fibreoptic instrument with a connected camera and lens.

This small telescope is equipped with a built-in magnification mechanism. During the surgery, different types of surgical instruments are inserted through small incisions made in the skin. Laparoscopy offers several diagnostic and therapeutic benefits, just like traditional open surgery. It also has significantly reduced postoperative pain, ensures shorter hospitalisation, speedier recovery, and far better cosmetic results.

Today, rapid advancements in the field of medicine and technology have enabled doctors and physicians to perform laparoscopic surgeries for the treatment of different types of urological conditions. 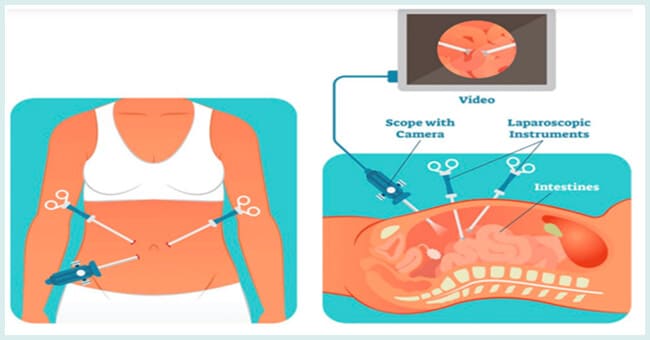 Some of the most commonly performed laparoscopic surgeries for urological conditions include:

Laparoscopic Simple or Radical Nephrectomy: A simple Nephrectomy refers to the removal of the affected kidney. A radical nephrectomy, on the other hand, is a procedure that involves the removal of kidney along with lymph nodes and sometimes, the adrenal gland. Laparoscopic nephrectomy is recommended for patients with kidney cancer, symptomatic hydronephrosis, chronic infection, polycystic kidney disease, shrunken blocked kidney, hypertension or renal calculus.

Laparoscopic Donor Nephrectomy: Laparoscopic donor nephrectomy is a procedure that involves the removal of a kidney for the purpose of donating it to another patient. Some dangerous donor complications that might occur during this procedure include – injury to the renal vessel or bowel, hematoma, and incisional hernias, which are essentially same as those of a conventional, open surgery.

Laparoscopic Nephroureterectomy: It is a surgical procedure in which the kidney and the ureter are removed. It is mainly used to treat patients suffering from transitional cell carcinoma of the ureter or kidney. Risks include – infection, loss of blood and injury to the surrounding tissue and organs such as bowel, lung, vascular structures, spleen, liver, pancreas and gallbladder.

Laparoscopic Partial Nephrectomy: This is a surgical procedure, used to remove the damaged part of a kidney containing a tumour.

Various risks and complications of this procedure include – infection, loss of blood, hernias at incision sites, urine leakage, and sometimes, injury to the surrounding the tissue and organs like any other surgery. However, delayed bleeding is a rare, but serious complication that requires urgent medical attention and intervention.

Laparoscopic Radical Cystectomy: It is a surgical procedure that involves the removal of the urinary bladder, and is usually recommended for patients with muscle-invasive bladder cancer. Possible risks include blood vessel injury, bowel leak, urine leak, chest complications, prolonged hospitalization and re-exploration among others. 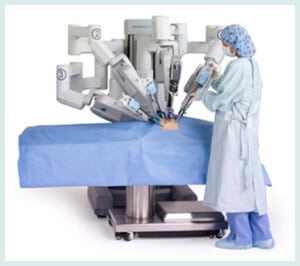 Patients suffering from advanced bladder cancer may need to remove either a part or their entire bladder through procedures like Partial and Radical cystectomy. The former is performed when cancer has spread to just a portion of the bladder wall, but the latter is needed, when the cancer has invaded the whole bladder. In this process, the entire bladder as well as nearby lymph nodes and organs are removed. A new structure known as a ‘neobladder’ that enables patients to store urine inside the body or in an external pouch is created. Cystectomies are performed using either a traditional or robotic laparoscope as the recovery is swift and smooth.

Reconstructive Urology is a specialised field in urology that focuses on restoring both - the structure and functions of the genitourinary tract. Conditions that can necessitate reconstructive surgery are - prostate procedures, trauma such as industrial accidents; straddle injuries, urethral strictures and sometimes, complicated childbirth involving tear in tissue.