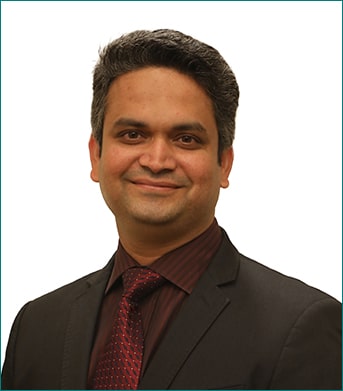 Dr. Jitendra Jagtap is a fellowship trained urologist with expertise spanning laparoscopic, robotic and endourological surgeries. Post his graduation and general surgery training from Medical College & Maharaja Sayajirao University, Baroda, he joined the Department of Surgery as an Assistant Professor and obtained rank one for the post of Assistant Professor by the Gujarat Public Service Commission. He is currently working at Gleneagles Global Hospitals and Sir HN Reliance Hospitals, Mumbai after a five-year stint at the Muljibhai Patel Urological Hospital, Nadiad where he completed his urology residency along with a two-year clinical fellowship recognised by the Endourological Society, USA. He was recently awarded a Fellowship by the Royal College of Surgeons, Glasgow.

Our team comprises experienced and reliable urologists based out of Mumbai,
who are committed to ensuring your safety and wellbeing.